Consumer / Before Your Flight / Advertisements

You are planning for your next holiday and came across an airline’s promotional advertisement for a flight. An airline must ensure they publish an all-inclusive price which consists of:

Logan noticed an advertisement to fly to Perth, which advertised: 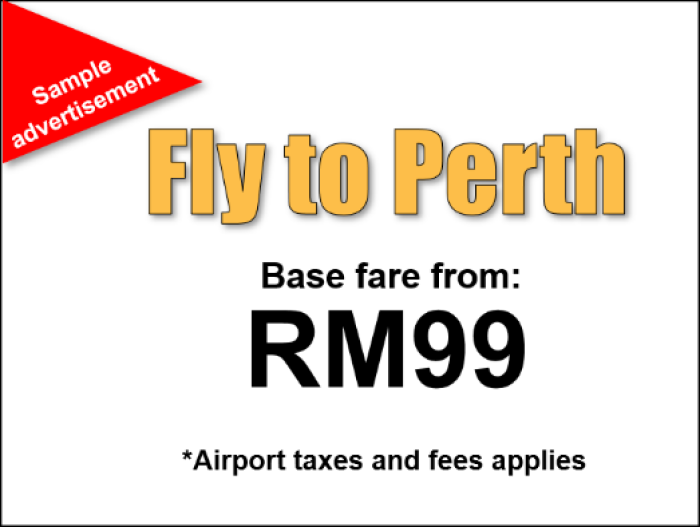 Is this an acceptable advertisement?

The airline must state that the fare is an “all-in fare” and not just the base fare. Below is an example of an advertisement which includes necessary information for passengers. 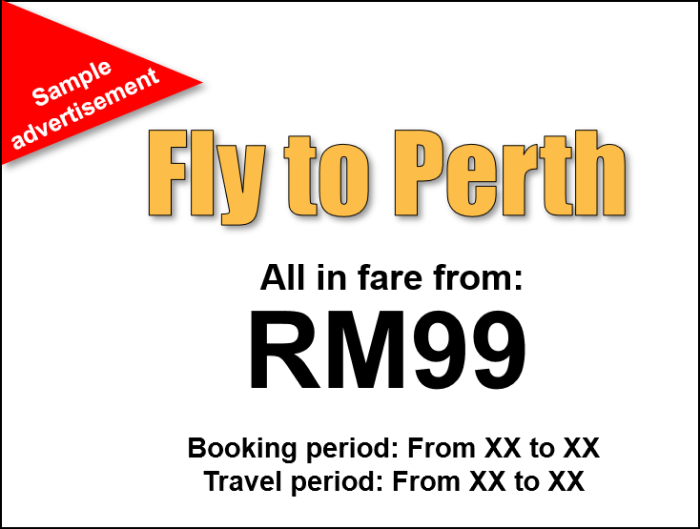