In a growing and developing economy, transport will continue to play a major role in improving economic opportunities, provide greater accessibility and bring about greater social development. The National Transport Policy (NTP) 2019-2030 is one of the main pillars to strengthen national transport infrastructure and provide a sustainable transport system as the Government of Malaysia strives to drive Malaysia’s economic growth.

MAVCOM’s initiatives in line with the NTP thrusts: 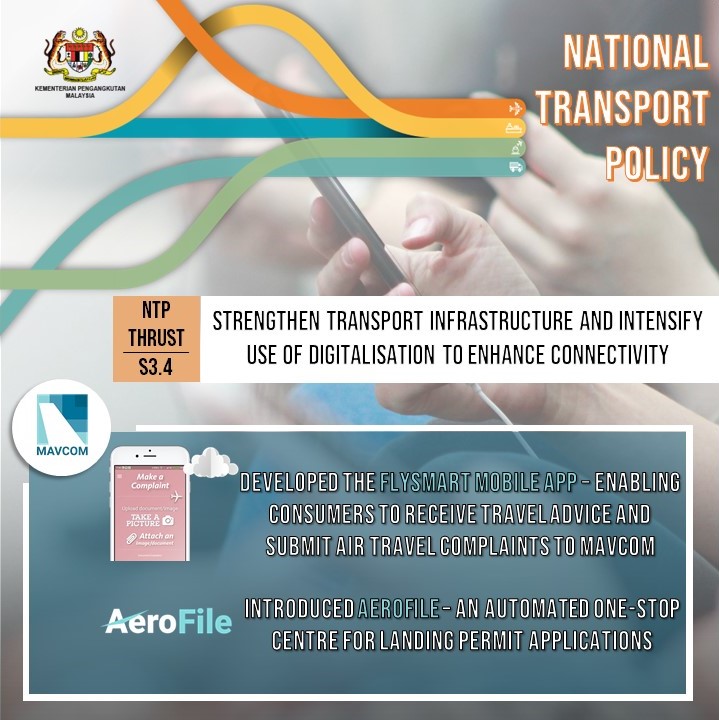 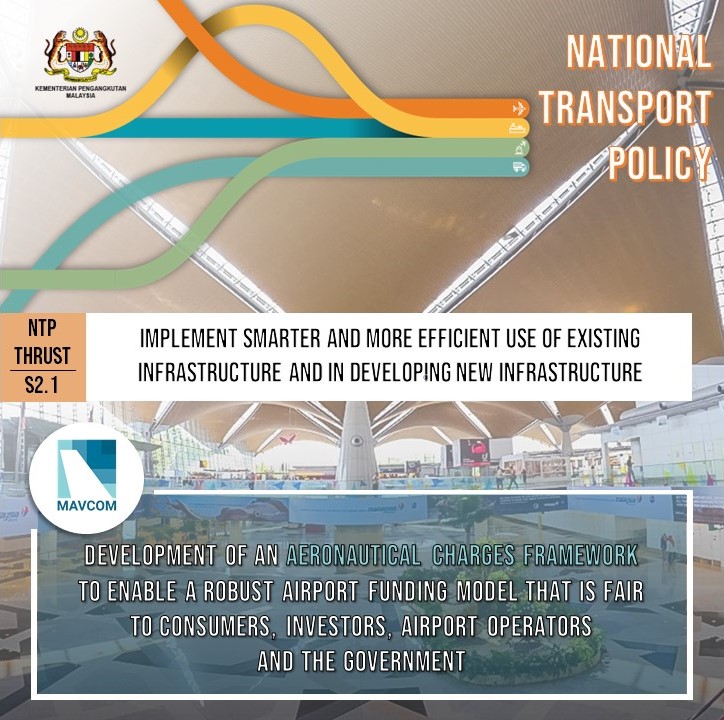 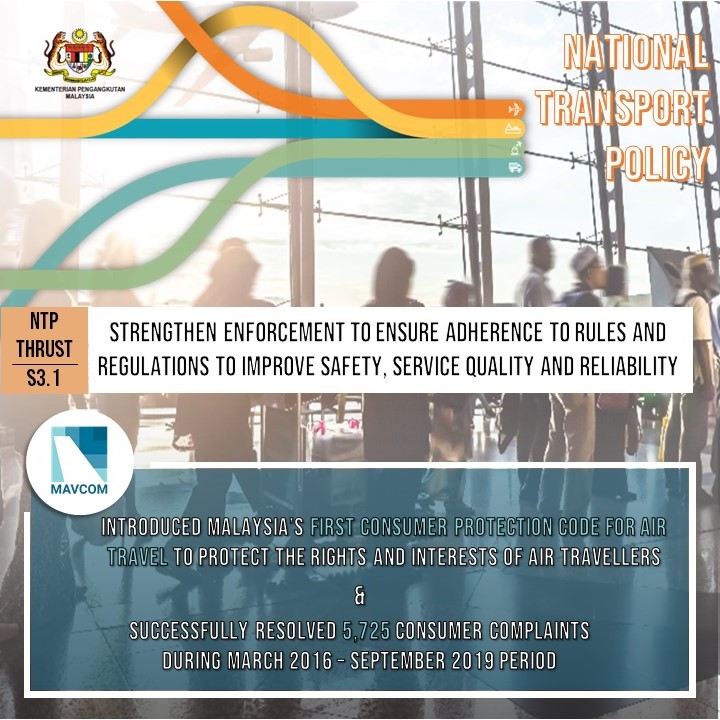 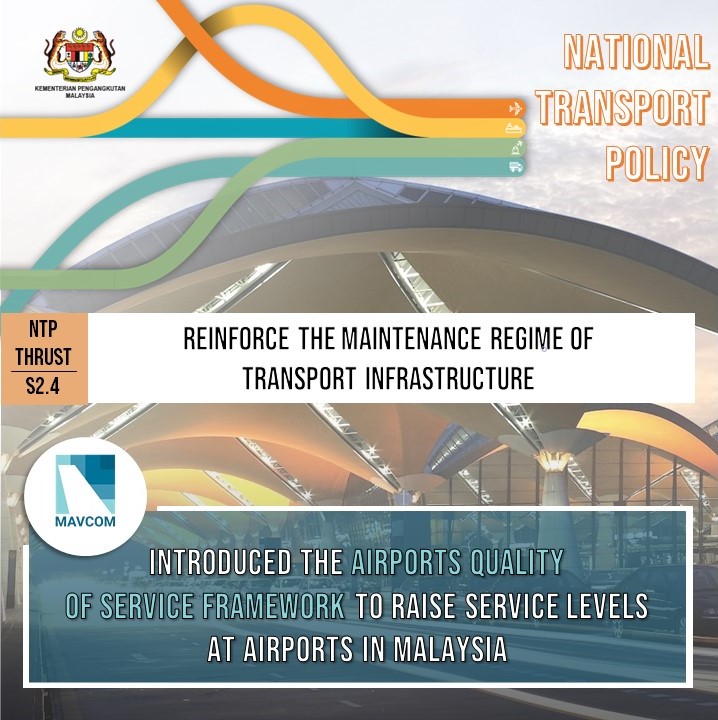 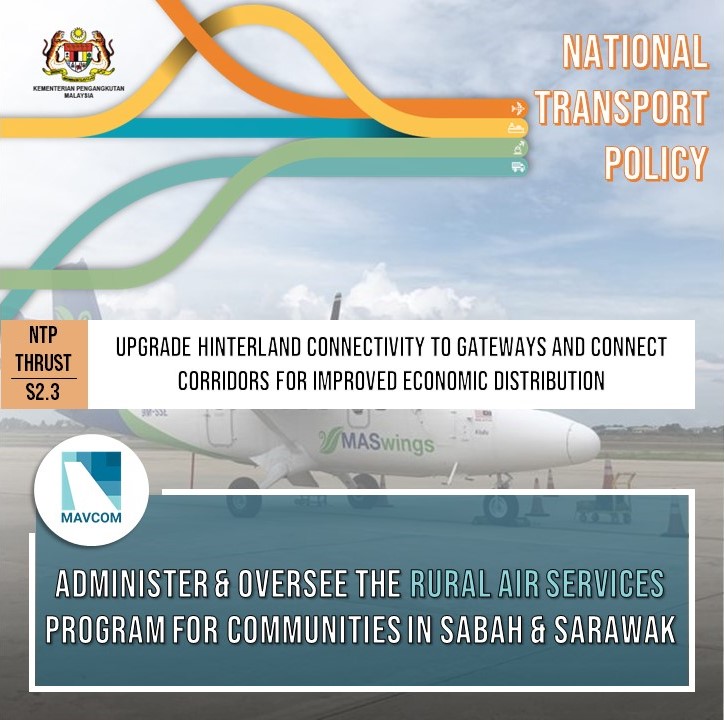 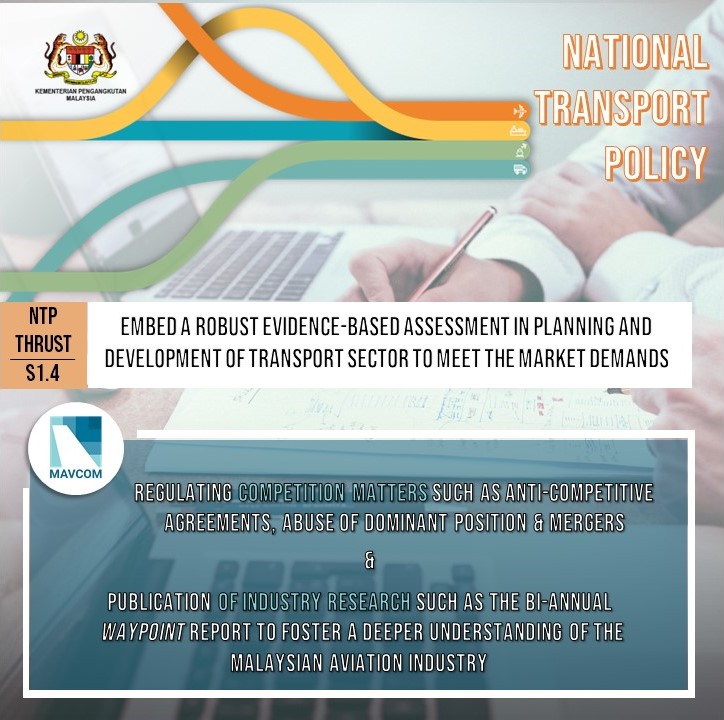